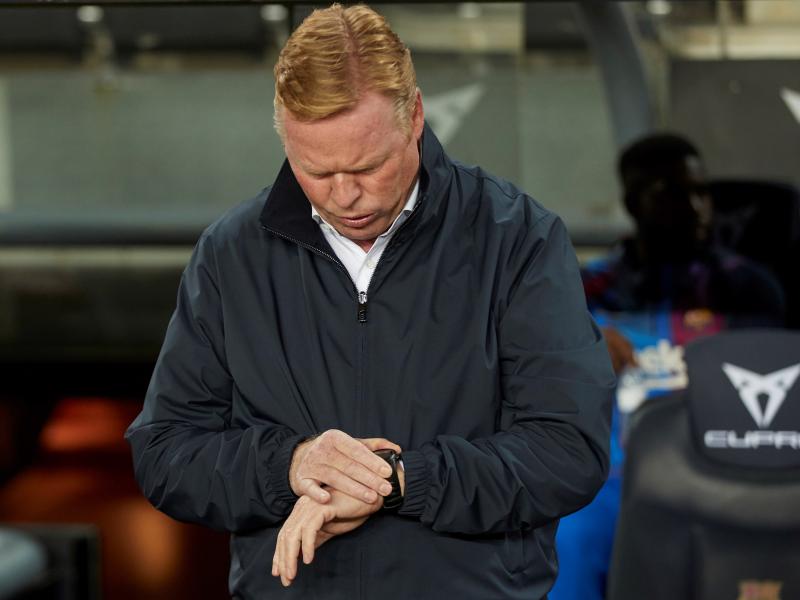 A poor start to the season has raised the possibility of the team failing to qualify for next season’s Champions League, which would have enormous consequences for the club’s already dire financial situation.

The Dutchman has been under intense pressure at Camp Nou and saw his car attacked by fans following their loss to Real Madrid in El Clasico on Sunday but the club released a statement then backing their manager.

He was to oversee the club’s 1-0 to Rayo Vallecano on Wednesday night; a result that proved to be the final straw on his back.

In confirming their coach’s departure, Barcelona noted: “FC Barcelona has relieved Ronald Koeman of his duties as first team coach. The president of the club, Joan Laporta, informed him of the decision after the defeat against Rayo Vallecano.

𝘽𝙍𝙀𝘼𝙆𝙄𝙉𝙂: Barcelona have sacked Ronald Koeman. Their record under him this season:

“Ronald Koeman will say goodbye to the squad on Thursday at the Ciutat Esportiva.

“FC Barcelona wishes to thank him for his service to the Club and wishes him all the best in his professional career.”

Koeman took over at Camp Nou from Quique Setién in August 2020 and guided the Blaugrana to a third-placed finish in his only full season in charge.

It is not yet known who will succeed Koeman but club legend Xavi and Belgium boss Roberto Martínez have both been linked with the job.