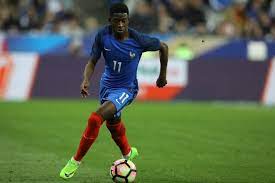 After making a breakthrough in recent weeks, Barcelona is close to agreeing on a new contract with forward Ousmane Dembele. Despite the fact that the France international is currently out with a knee injury, the Catalan club has made contract talks with him a priority.

Dembele’s contract with Barcelona runs out in 2022, and the club has no intention of letting him leave for nothing next summer. If he attracts any bids next summer, they want to lock him down to a longer contract that will protect his value.

Barcelona, according to the Spanish publication Sport, has made a breakthrough in negotiations and is close to reaching an agreement on a contract extension. The club and the Frenchman’s representatives were at odds over the offer on the table, with the latter considering a potential free transfer in 2022, which would net Dembele a large signing fee.

However, the two parties have made progress in recent weeks, and Barcelona is now confident that Dembele will sign a new contract. It’s expected to be a short-term deal that lasts until the end of the 2023 or 2024 season, with the wide forward taking a pay cut to help Barcelona cut down on their bloated wage bill.

After suffering a knee injury during the European Championships in June, Dembele is unlikely to return to football until at least November. If he is unable to reach an agreement prior to his return, he may opt to wait until January to begin negotiating a pre-contract agreement with clubs outside of Spain.