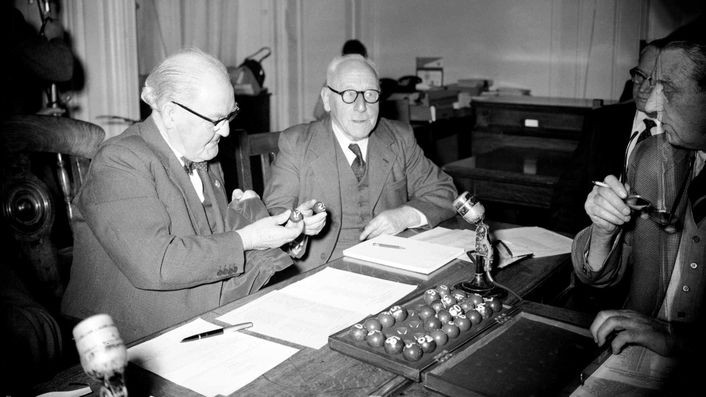 FA Cup third round draw, All you need to know.

The FA Cup returns this weekend — and it is almost time for the Premier League giants to join the party.

Football’s oldest cup competition has once again reached its second-round stage, with 40 teams from across League One, League Two and non-league set to do battle for a place in the hat for round three.

We have rounded up all the key information ahead of the draw.

When is the FA Cup third-round draw?

This year’s FA Cup third round draw will take place on Monday, December 6.

How can I watch the FA Cup third-round draw?

The draw will be live on ITV at 7pm on December 6, before the final second-round tie between Boreham Wood and St Albans City.

Who will be in the FA Cup-third round draw?

The victors of this the 20 second-round ties will be joined by the 44 Premier League and Championship sides in the third round draw.

Former winners such as Manchester United, Chelsea, Arsenal and Liverpool will all be in the hat, as will reigning champions Leicester.

For the lower-league sides who manage to progress, the draw presents a huge opportunity to land a money-spinning clash with one of English football’s biggest clubs.

How does the FA Cup third-round draw work?

The draw will see 64 numbered balls entered into a pot, with each competing side allocated their own number.

Then, as always, two former professionals will take it in turns to draw teams out at random, with the first team to be pulled out for each fixture given home advantage.

Unlike other draws such as the Champions League and Europa League, there are no seedings in the FA Cup third round — meaning any two sides can be drawn to face each other regardless of stature.

When will the FA Cup third-round matches take place?

This season’s FA Cup third-round ties are set to be played between Friday, January 7 and Monday, January 10.

A number of games will be broadcast across the BBC and BT Sport’s TV and digital platforms, with specific matches likely to be selected in the days following the third round draw.

Neymar Ruled Out Of Brazil’s Clash With Argentina Tonight

Young Girl Fined £2,500 After Running On Pitch For Ronaldo’s Shirt